A Place We Called Home

A Place We Called Home

by The Museum / Tuesday, 08 January 2013 / Published in A Day at the National Museum

Mr. Robert Weiglein was kind enough to send us this letter and photos after visiting the Caicos Heritage House building site in Provo.  The photos of the Heritage House compared to the 1837 Stone House in France are striking.  It is and has been a Small World after all!  Thank you, Mr. Weiglein for the encouragement and for sharing.

Ms. Saxton,
While here for a family holiday, I have read with interest the Times of The Islands‘ articles related to the proposed National Museum and especially, the Caicos Heritage House. While bike riding earlier this week near Grace Bay, I came across the house under construction. 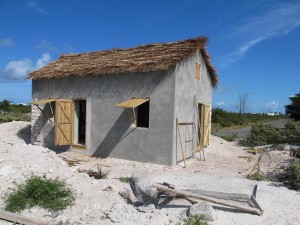 Last December, we discovered one of these small houses on Middle Caicos and met Norma, the daughter of the builder. The thick walls appeared to be a type of limestone block sourced locally. The metal roof, however, may not have been original. Norma shared the history of her life in this house before electricity arrived in the 1980’s and how the house withstood the ravages of Caribbean storms, while more modern structures had not. Ironically Norma had abandoned the old house and lived in a more modern one, with her daughter Cassandra. The newer home had been damaged in a recent storm and was still missing part of its’ roof. 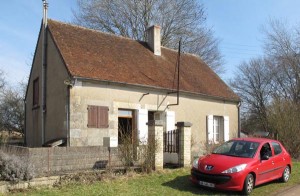 This type of early island house is strangely reminiscent of a stone house, built in 1837, in Foret, Chasnay, France, for which I prepared scale drawings and documents earlier this year. The Foret house was also fabricated out of locally sourced stone, originally covered in a type of plaster mix not concrete as it is presently, the walls are nearly 24″ thick and the floor plan of the original structure was quite small. Unlike the island house, the French one has a highly pitched roof clad with traditional clay tile. Both houses have shutters. The French house, interestingly stands in a region that prizes historical preservation. Local historic architects provide owners with information and sources (at no charge), so that renovation plans are in keeping with the historic qualities that many French people want to preserve. Although the Foret house has been renovated, upgraded and added onto over the years, it still retains much of it’s original character. 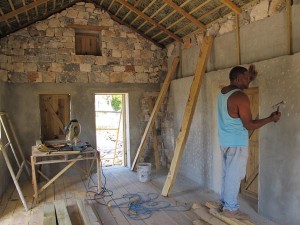 Yesterday I stopped by the Heritage House again and met with Nini who was working on the interior. This is a fascinating process to me, so l watched what he was doing with great interest. Making this house a part of the overall plan is a wonderful way to draw attention to the new National Museum. We have always been curious about history of the Turks and Caicos. The new museum will enhance everyone’s experience. We look forward to observing this project as it continues to move forward.

We hope many visitors will enjoy the Caicos Heritage House.