On With His Head!

On With His Head!

By Dr. Donald H. Keith
Chairman, Board of Directors 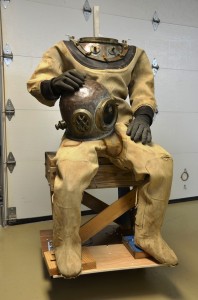 The centerpiece of the new Jeremiah Murphy exhibit we are working on is a mannequin of the famous 19th-century helmet diver. This is not your usual get-a-mannequin-and-be-done-with-it effort. The body is finished, clad in full diving dress, but we still need a head.

One of the benefits of living in Santa Fe, New Mexico, is access to artists. Kim Crowley of Sculpture Basis immediately came to mind. We worked with him before to create mannequins for an exhibit at the Corpus Christi Museum of Science and History. Each of Kim’s creations starts with making a plaster mold of a real person’s head—or entire body for that matter! 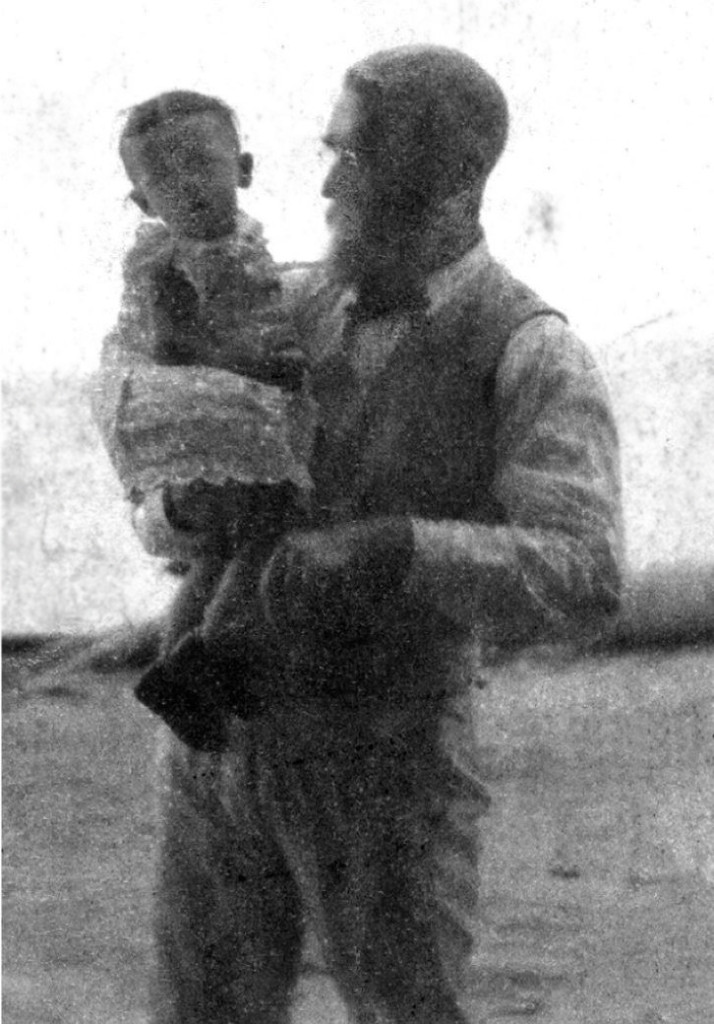 Jeremiah Murphy with his son Harro.

The person could be anyone, of course, but we do have what we think is a photo of Jeremiah taken in the 1870s. Armed with that image Kim set about finding a subject who strongly resembles the man in the grainy, faded photo.

Eventually he found Adam Gates, who gamely agreed to pose for a “life cast” of his head. The process took only about half an hour, which was good because holding a position while someone wraps your entire head in wet plaster bandages probably isn’t comfortable.

It’s going to take another couple of weeks to finish. Kim has to touch up the two-part mold, make the final cast, and add the beard clearly visible in the old photo. Then “on with his head!” 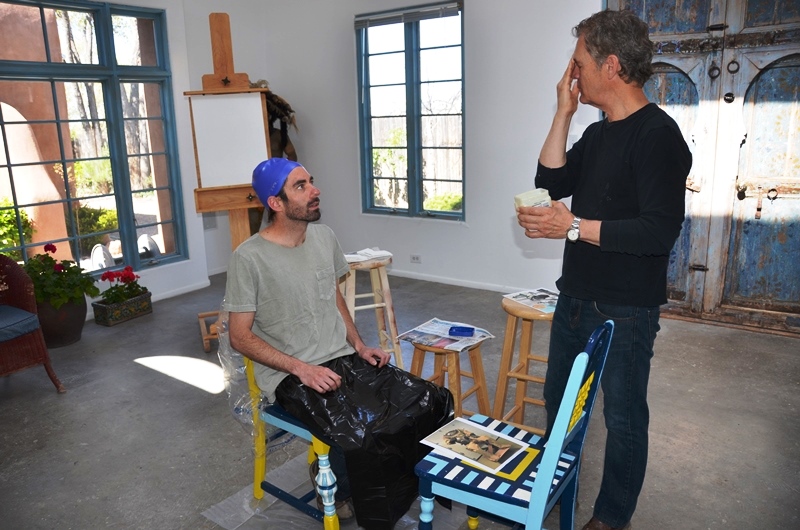 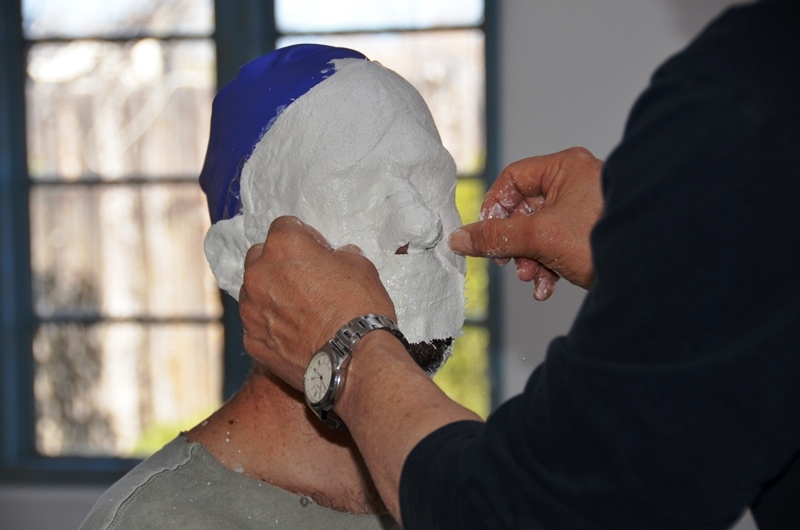 The layers of plaster being shaped to Adam’s face. 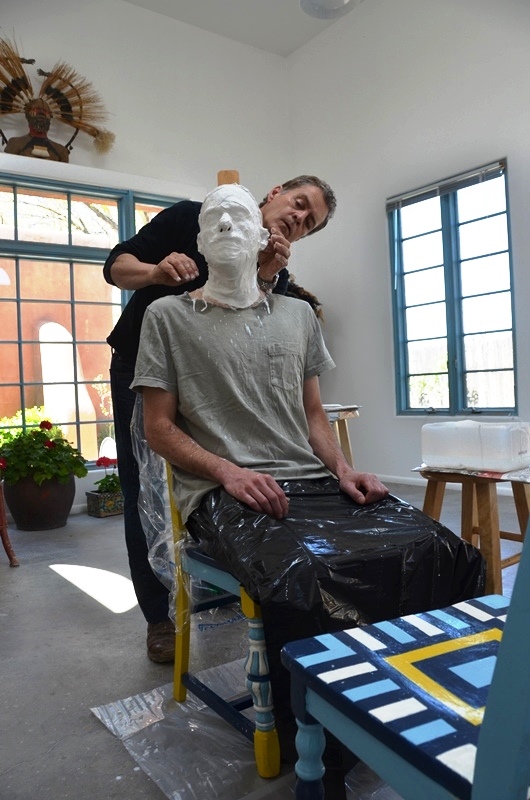 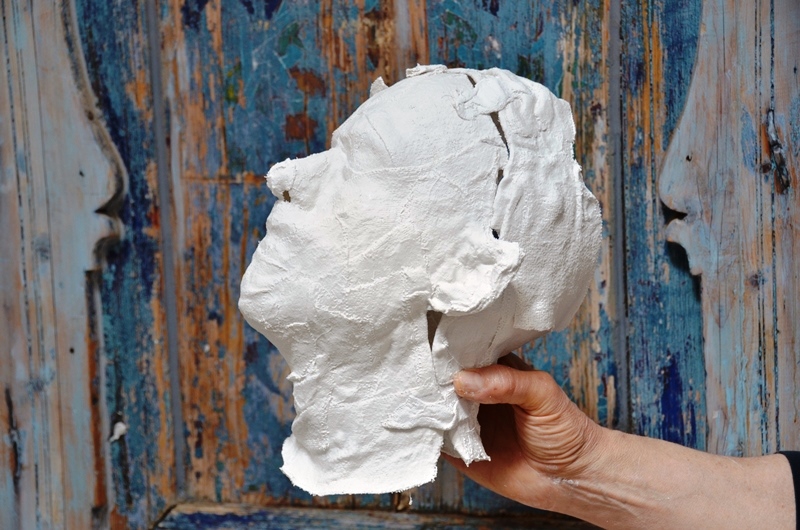 A close look at the cast after removal. 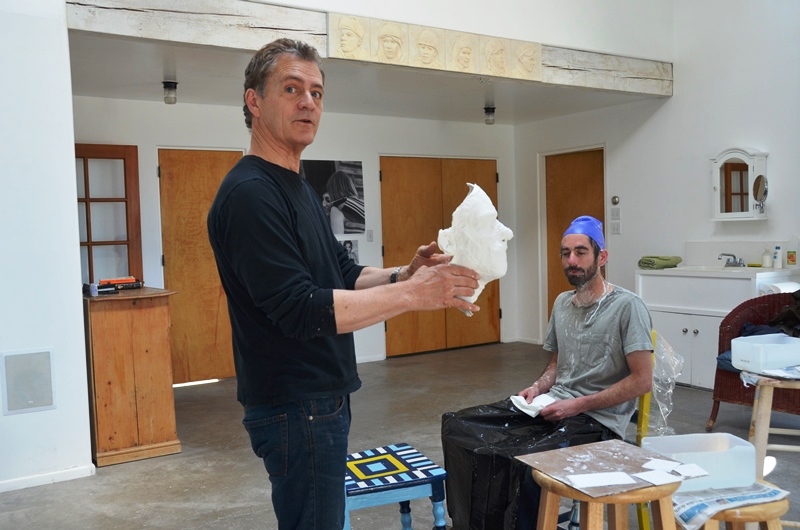 Kim explaining how the cast will be used.

Charming Charms and other Goodies