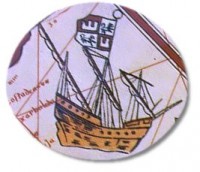 A Brief History of the Molasses Reef Wreck

About 1513, on a reef located on the southern fringe of the Caicos Bank some 20 miles south of the island of Providenciales, a ship sank.

This ship, known only as the Molasses Reef Wreck, is the oldest European shipwreck excavated in the Western Hemisphere. The Museum’s first floor is dedicated to what archaeologists, scientists, and historians have discovered about this wreck.

For over 450 years, the wreck sat on the reef apparently undisturbed after its loss. In the mid-1970s, a pair of treasure hunters discovered it. Through their rudimentary knowledge of ordnance, they concluded that the wreck was not the usual galleon wreck sought by treasure hunters, but an earlier vessel from the late 1490s or early 1500s.

Based on this information, they leaped to the conclusion they had discovered the wreck of Columbus’ ship La Pinta, a wreck whose fame was worth more than any treasure cargo. This unfounded claim, however, backfired on the treasure hunters. The Turks & Caicos Islands Government recognized that the wreck, Pinta or not, was one of the oldest wrecks ever found in the Western Hemisphere and took over management of the site on the basis of legislation passed in 1974.

After several false starts, Government finally contracted with underwater archaeologists from Texas A&M University to excavate the wreck in 1980. The Texas team, led by Dr. Donald H. Keith, began work in 1981, but not before a team of rogue treasure seekers dynamited the wreck on the assumption that old shipwrecks must carry treasure. In addition to damaging the site, the looters stole a number of artifacts. Recently, a verso (a type of wrought-iron ordnance) came to light in Harrisburg, Pennsylvania; it had been stolen from the wreck site at the time of the bombing. 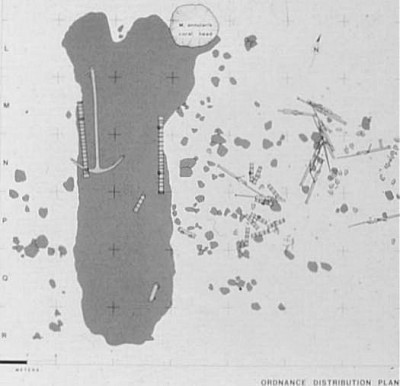 Dr. Keith’s team excavated the Molasses Reef Wreck between 1981 and 1986. This careful excavation comprised only about only one tenth of the total project time. The job of conserving and identifying all the objects recovered from the wreck were the major tasks.

Conservation is critical to insure the stability of objects recovered after long submersion in salt water. Without it, artifacts, particularly salt-saturated, oxidized ferrous material and water-impregnated wood, will disintegrate in open air. For this reason, archaeologists react strongly to sport divers removing objects from wrecks. Taking souvenirs not only compromises what can be learned from a wreck, but the removed objects are seldom conserved. They grace someone’s yard for a short period until they flake away into featureless lumps of rust or wither into contortions of cellulose, of no value to anyone.

The Museum houses the complete assembly of conserved artifacts from this famous wreck, the earliest European shipwreck yet excavated in the New World. The collection includes:

All these objects have been stabilized and are available for study. 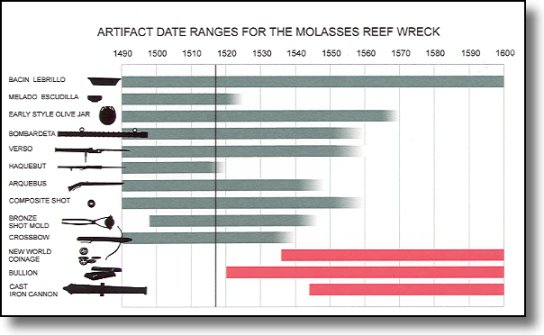 The table shows the date ranges (when they first appeared and when they fell into disuse) for various artifacts found on the ship. The vertical line between 1510 and 1520 intersecting all of the date ranges represents the most likely date for the sinking of the ship.

What was the Molasses Reef wreck?