Why was the Ship Here?

What was the ship doing near the Turks & Caicos Islands? There were no large quantities of produce, meat, or water to be had on the Islands.

The allure of the Islands was the Indian population. Plantations in Cuba and Hispaniola needed labor to operate. Although slavery was illegal, Spaniards brought the encomienda, a system by which the Indians would be Christianized and “civilized,” to the New World.

The encomienda system was in essence forced labor. Because of the brutality of the system, slaves did not live long: many died of despondency, of overwork, or by suicide. Exceedingly harsh labour notwithstanding, much more of the native population succumbed to European diseases to which they had no resistance. Consequently, Spanish entrepeneurs continually launched expeditions to find more labor. 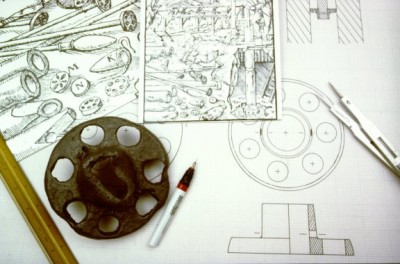 The Molasses Reef Wreck contained four sets of shackles in the closed position, indicating that people might have been imprisoned on the ship at the time of the wreck. These prisoners might well have been Lucayans taken from the Turks & Caicos Islands. On the other hand, the closed shackles, secured with soft iron pins, may well have been common ship’s equipment, necessary to mete out harsh discipline to unruly crews. The shackles may have been stored closed and locked to avoid losing the securing pins.

The fact is, no one really knows this ship’s identity, its purpose, or the circumstances of its loss. We can theorize a number of scenarios based upon the archaeological evidence.

Only careful study of all of the artifacts will reveal the story of this shipwreck. This piece above was identified as part of the ship’s bilge pump system.

Only about 1% of the Molasses Reef ship’s hull was preserved. Shipworms and the relentless sea long ago carried away everything that was not protected beneath the artifacts and the 42 tons of stone ballast in the hold. No trace of the cargo survived. The absence of trade goods or any evidence of cargo implies that whatever the ship was carrying floated off or disintegrated completely. The absence of personal items and navigational equipment indicates that most of the crew survived the wreck and managed an orderly abandonment of their vessel.

The ship may well have been so wildly off course that its loss was recorded, on speculation, in a different area entirely. The fact that most of the ship’s anchors are missing from the site fuels speculation that the ship lost them trying to avoid the reef in a storm. But in an alternate scenario, wreckers could have removed the anchors in the 17th century. 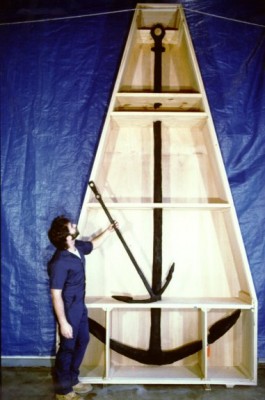 Two of the anchors remaining on the site was recovered and is on display.

Although the ship lost on Molasses Reef had no cargo of jewels or precious metals, it was a treasure ship. Its treasure is historic information. Fortunately, this wreck was saved before treasure hunters could completely ransack it in search of marketable artifacts. In consequence, careful excavation provided the maximum information from this early Discovery-era wreck.